When a boss, supervisor, or co-workers actions or words create a harassing atmosphere deemed hostile by way of the courts, your employer can be held liable.

It is important to recognize that now not all of us who's wrongfully terminated are fired primarily based on a protected elegance.

Employment contracts are created in one of three forms: implied, oral, or written. When an employer hires or fires a person primarily based on sure protected categories.

When employer practices or attitudes create unseen barriers for women and minorities, employees may be operating under a glass ceiling scenario. The glass ceiling is a political term.

The demand and appetite improve meats in technology is only

Premier trial lawyers from each state in the nation who

He applies his expertise, skill, and experience in all criminal

Premier trial lawyers from each state in the nation who

Discrimination is a troublesome issue for everybody in every place. But it is an even more troublesome issue for people in the workplace. We know that every employee should never be the victim of any harassment at all. If anyone you may know has dealt with harassment in the workplace, they may be entitled to compensation. A skilled legal professional can pursue negotiation or litigation for you to obtain compensation.

Examples of discrimination that we will combat are in the forms of:

It is unlawful to discriminate against personnel who have a disability, injury, or who file any form of compensation. We have dealt with cases that have gone well, then the worker has been faced with discrimination and we were there to intervene. Our lawyers are ready to help you fight against any case of workplace discrimination. Call now for a free consultation and let us help you fight your case and give you the compensation you deserve.

Sexual harassment is something that many people face but never speak up about. Countless workers are subject to sexual harassment no matter where or who they are. No one should ever be silent with such cases because they are very important and dangerous. You have the right to speak up and do something about these types of problems as an employee. If you suspect that you or someone you know is the victim of sexual harassment, contact our attorneys and we will do a review of your case. Our attorneys will listen to your story and find legal grounds to file a claim. They will even help you with the filing process.

Cases of sexual harassment include:

If the company fails to aid in the situation, you could take your case to the Equal Employment Opportunity Commission (EEOC). The EEOC hears instances of sexual harassment and discrimination and forces responsible parties to offer reparations. Should your business enterprise nonetheless dispute your claim, one of our attorneys permits you to file a sexual harassment lawsuit in opposition to one or more parties in Southern California.

It is important to recognize that now not all of us who’s wrongfully terminated is fired primarily based on a protected elegance (race, intercourse, countrywide origin, disability, sexual orientation, religion, and so forth.). While this rough reason simply exists, others are terminated for other unlawful motives or are fired in a manner in which an agreement is breached, if no longer explicitly, then implicitly. Some of the prison nuances of termination can be extraordinarily diffused and require professional counsel and representation. If you or a loved one has been terminated for motives that you believe are illegal, contact our employment attorneys to help fight for you.

We bring you highly experienced aid that will help you recover damages when you have been terminated for being a member of a protected magnificence or for:

The goal of these cases is to be sure that you are given everything that is owed to you. The type of compensation can include the following and more:

Serious legal issues can arise concerning the reimbursement of personnel. Overtime, timeliness of checks, break times, lunch breaks, accumulated holiday pay, work preparations, and costs, or the company’s failure to offer the right observe of a large plant closure, are all serious issues when it comes to salary and hour disputes. In the modern-day marketplace-driven generation, some employers continuously attempt to get an edge on employee productiveness. Unfortunately, all too regularly employers do no longer pay for time beyond regulation, or employees are forced to restrict the hours they clock to 40 notwithstanding operating greater hours. When they may be allowed to clock in for greater than forty, they’re now not compensated thoroughly. In other instances, personnel isn’t practically allowed to take lunch breaks or rest due to work demands. If you’re dealing with these or other wage and hour problems, we are geared up to do the work and help you acquire reimbursement for your losses. Our employment regulation attorneys have extensive experience dealing with salary and hour issues. We have worked with class-action lawsuits within the salary and hour area and are ready to show our comprehensive understanding and willpower for your case. It is crucial to notice that these troubles are both time-sensitive and complicated.

When a boss, supervisor, or co-workers actions or words create a harassing atmosphere deemed hostile by way of the courts, your employer can be held liable beneath civil rights legal guidelines protecting personnel from a hostile workplace. Hostile workplace legal guidelines and provisions are the results of some of the cases that understand that the law ought to step in to prevent employers from misusing their authority inside the place of work to create an environment that is discriminatory and egregious enough to interfere with a worker’s capability to carry out his or her job. It does not matter if the employee bringing up the claim is either the one being affected by the hostile workplace or is a witness. The purpose of anti-harassment laws and provisions is to ensure a safe and productive environment for all U.S. employees. In the hostile workplace is that in most instances managers, supervisors, or different people who have authority are automatically held liable except if they are able to prove that they did not recognize or must no longer have recognized the hostility inside the workplace. A hostile work environment makes it extraordinarily difficult for workers to perform their duties and should no longer be tolerated. Workers should be aware that they have a right to a work environment free from unlawful hostility and harassment, and that their right is protected beneath federal and state law. Contact Younessi Law and let our attorneys devote the time and commitment necessary to resolve your issue successfully.

Employment contracts are created in one of three forms: implied, oral, or written. When an employer hires or fires a person primarily based on sure protected categories and characteristics, it is a violation of anti-discrimination regulation. These legal guidelines shield all personnel from discrimination on the job and apply to specific types of discrimination referred to as protected categories. Typically, protected categories include race, coloration, countrywide starting place, intercourse, faith, age, incapacity, and sexual orientation. The provisions of a contract can be numerous. In fact, there is no limit to the number of terms or conditions a written employment contract may contain. Typically, an employment contract will contain a length of service provision which dictates the duration of employment. When an employment settlement incorporates a “good cause” exception, an employee can be fired for any reason described within the contract as such. The definition of “good cause” in a written employment contract is, then, extremely vital, as it could decide whether or not there was a breach of settlement primarily based on the terms of a settlement between an employer and employee. The typical incidence is that a worker under a written contract will sue his employer due to the fact he’s been fired under the “good cause” exception to the length of service provision in the contract. The employee sues because he thinks there was no correct motive for his termination. Court will study the terms of the written contract to determine whether or not, in line with the definition of “good cause” in the agreement, there was a breach in violation of the terms.

An employment contract can also contain a condition that terminates employment while or if an employee gets rid of company assets from the premises. Provisions like these are intended to prevent stealing, and normally apply when a worker takes a piece of equipment or confiscates company information.

It is important to note that an employee can only recover the amount he or she would have earned had there been no breach of contract. These damages are called restitution damages since they are meant to make the employee “whole” by placing them back in the position they would have been in had there been no violation of the law.

The courts will have a look at all the facts of a selected case and evaluate them to the ideal factors. Thus, the employees ought to understand that an agreement that he or she is an independent contractor, even though crucial, will not decide the case.

With Our Many Years of Experience And Our Diverse Attorneys, We Are Here For You

Our Attorneys here at Younessi Law are dedicated to helping fight for you to earn the compensation and justice that you deserve! Call now for a free consultation and we will handle all of your legal questions and problems. 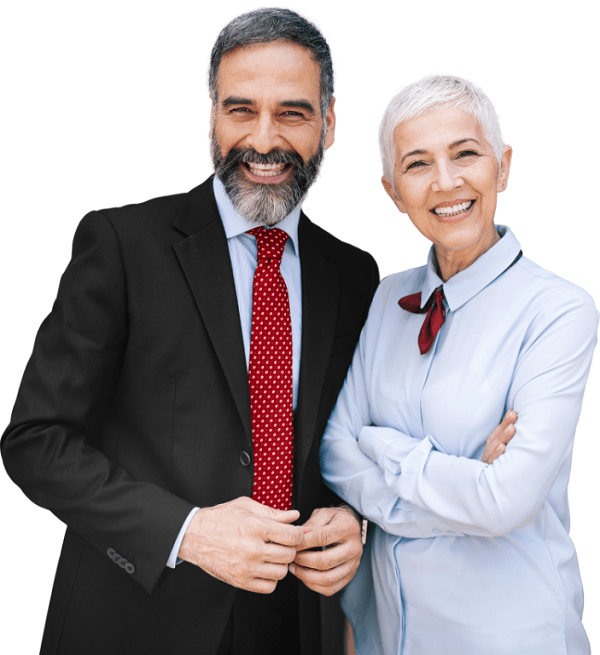 A Law Firm With a Commitment to Justice

Our firm’s culture of supporting our clients is very important to us and we work hard to nurture and develop it. We will go on a journey with you, building mutual trust and respect as we tackle all obstacles.